Mgbe mbụ goro m ụgwọ na Okporo ụzọ, I was horrified (yes, that's accurate) at the website that was up. It was pure flash, no pages, no back-end optimization (although SWFObject was loaded), no means of updating the content… and most of all, no traffic.

The site is now live, and it's absolutely beautiful and very simple to navigate. (In case you're wondering – yes, blogging will be a feature in the future). Here's a screenshot: 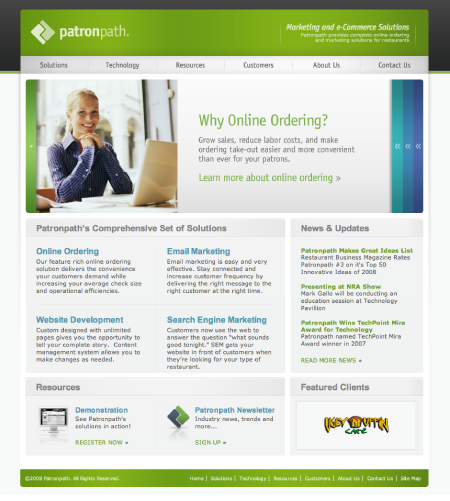 I'm glad this was one aspect we were able to deliver on before hiring our new Director of Marketing, Marty Bird! I would have hated to have handed off the old site.